Identity and Leadership Seminars : Where I failed and where we failed by Valeriu Nicolae 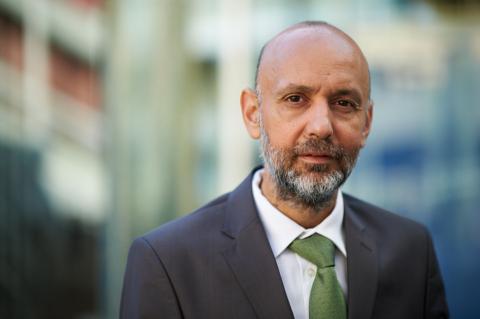 The guest plans to speak about the following topics:

The seminar will be streamed online at the following link on Friday May 5, 2017 09:00-11:45 http://www.ustream.tv/channel/central-european-university

Valeriu Nicolae is a human rights activist, film producer, writer, best known for his activities with children in one of the worst ghettos in Bucharest. Since December 2015 he worked for the Romanian Government, as State Counsellor at the Prime Minister’s Chancellery first, and since March 2016 as State Secretary at the Ministry of Labour, Family, Social Protection and Elderly. Since March 2013 he was the regional advocacy Director for World Vision for Eastern Europe, Middle East, South Caucasus region. He was also appointed as of January 2015 in the Board of Trustees supervising the activity of the UN OHCHR representing Europe.

Valeriu is the winner of the 2013 European Citizenship Award of the European Parliament. He is the founder of Policy Centre for Roma and Minorities, a Bucharest-based think-tank. He is also the co-founder of the European Roma Policy Coalition, which includes some of the most active NGOs in the field of human rights (Amnesty International, Minority Rights Group, Open Society Institute, European Roma Rights Centre). During the last nine years he has worked as a senior consultant for the Open Society Institute and some European Institutions, director and advocacy director for a network of European Roma NGOs (ERGO). Previously he was in the management team as deputy director and interim executive director of the European Roma Information Office in Brussels, he was the European Chair for the European Network Against Racism.Valeriu Nicolae was nominated four times in a row by the Foreign Policy (2012, 2013, 2014, 2015) as one of the top 100 Romanian thinkers for his contribution to the Romanian civil society. He is a weekly contributor to Dilema Veche and he publishes regularly in weekly Italian magazine - Internazionale. In September 2016, he became Special Representative of the Secretary General for Roma Issues at the Council of Europe.