Central European University's Romani Studies Program is collaborating with Jenő Zsigó and his colleagues to preserve value archives relating to his work in the Hungarian civil right's movement and in Hungarian cultural life, as an activist, musician, and public personality.

Most of this material will be digitalized, stored on-line, and available free-of-charge to the public.

Links to the archive will be made available as soon as the project is underway.

In the meantime, we'd like to provide interested parties with some highlight photos and documents that lend some background on the life and times of  Jenő Zsigó, the Hungarian band Ando Drom, and the work and mission of the Roma Parlament, a Hungarian institution once housed at H-1084 Budapest, Tavaszmező u. 6 that provided social and cultural programs, offering everything from concerts to advocacy.

Founded in 1984, Ando Drom is one of Hungary’s most well-known Roma music ensembles.

Having dedicated themselves to the preservation and continued evolution of the traditional music of the culture, they have won international musical and cultural acclaim for their work.

Jeno Zsigó, one of the original musicians in the band, is the musical director, singer, and is also featured playing a range of instruments. The lead female vocalist Mónika Juhász Miczura has also been with the band for many years. In the Romani language, "Ando drom" means "on the road". For more inforamation, visit the website: https://web.archive.org/web/20071014012941/http://www.andodrom.hu 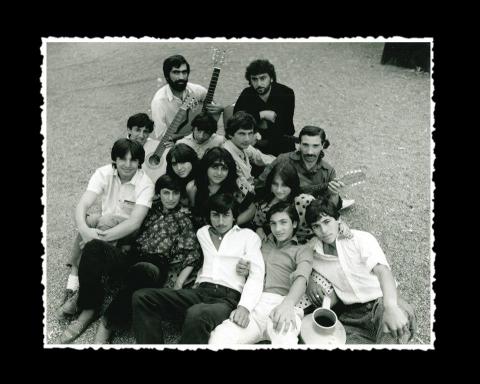 The Original Memers of the band Ando Drom, date TBD 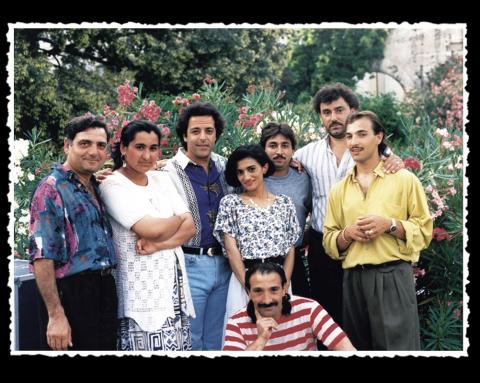 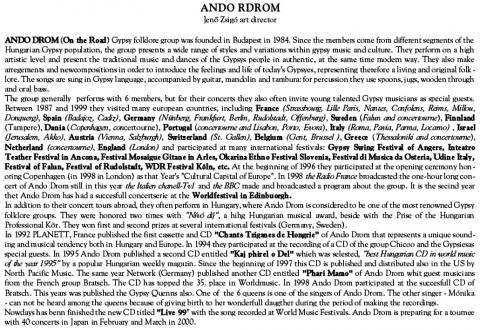 Artistic Vision of the Ando Drom 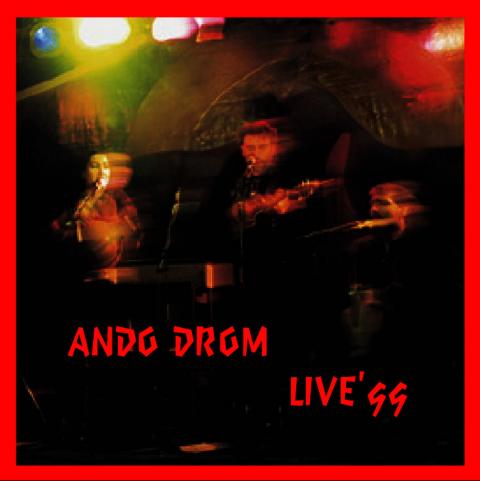 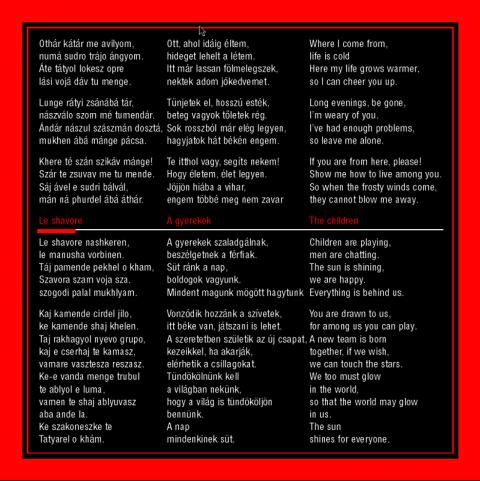 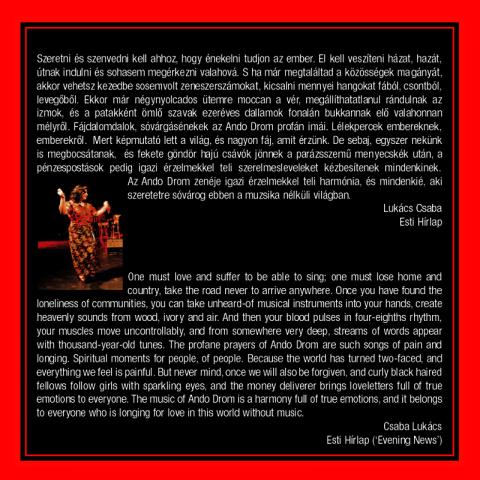 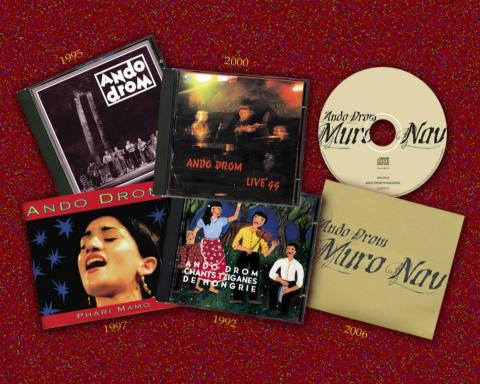 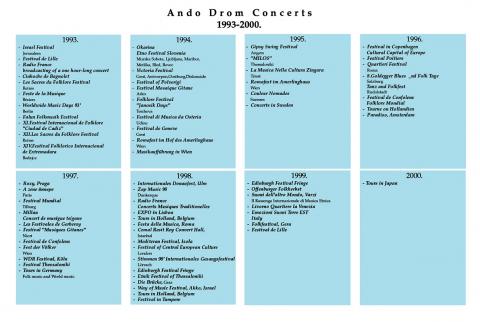 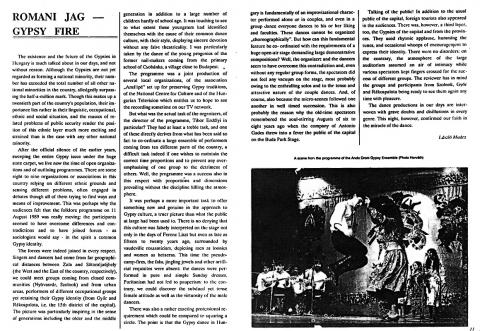 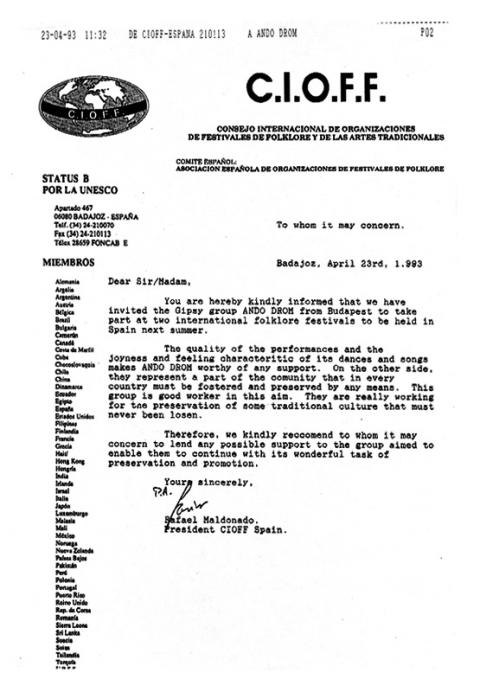 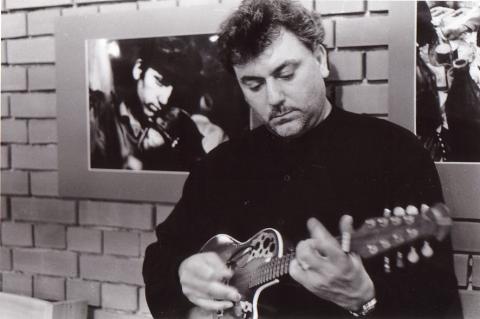 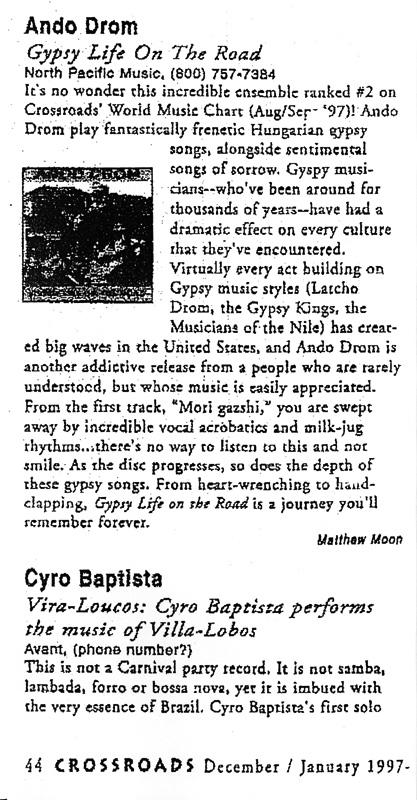 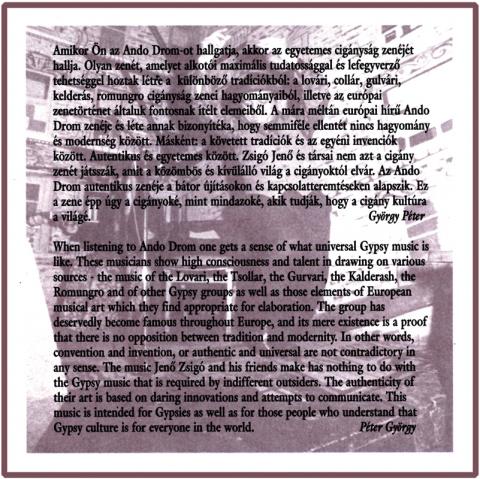 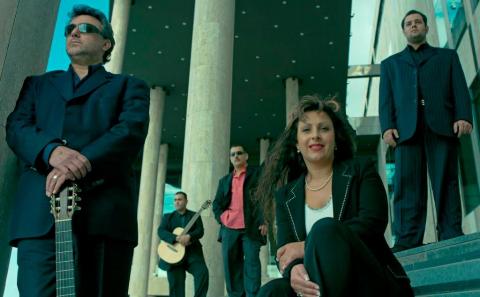 Ando Drom on the release of their album Muro Nav, c. 2008

The Hungarian Roma Parliament was founded by Hungarian Roma organizations in 1990, at the fall of Communism (sometimes referred to as the Change [in regime]). Its first large-scale initiative was the campaign "Roma for the Roma", which sought to re-establish Roma agency in terms of identity and public and cultural representation.

The organization’s mission was to establish an organization that focuses on combating anti-gypsyism and working together with educational, artistic, public and professional institutions that the promote social integration programs for Roma communities and who are dedicated to improving the social environment. The Roma Parlament also put an emphasis on providing cultural programs would serve as both positive reinforcement for the Roma community and would serve as a social bridge with non-Roma communities. Its activities also included minority representation and activism on the political sphere.

The Roma Parlament was housed in a two-story building that was constructed in 1850, at the address Tavaszmező utca 6. Once home to a master stone carver named Béla Seenger,  it is now partly protected as a cultural heritage site.

Based on the history of the building, it is no surprise that artistans, fine artists, and connoisseurs would also be drawn to the space.  From 1905, several generations of Hungarian artists rented the studio space in this building complex such as Miksa Róth, Károly Kós, Odon Dankó, István Cserepes, Sándor Várady, István Martsa, Ilona Szűcs. André Kertész.

The Roma Parliament and the Phralipe Foundation began renting space in the building in the early 1990's and were soon joined by other civil organizations.

The Roma Parlament's own gallery space and performance space on the second floor served as a vital meeting point for its members and the outside community. Here Roma musicians and actors performed in a safe space, for the Roma community.  Its permanent gallery, featured an extenseive collection of paintings by Hungary's Roma fine artists, and also served as an important historical, cultural, and social institution of its own.

In August 2008, it was discovered (not by direct channels, of course) that the eighth district municipal government planned to terminate the rental rights of the organizations operating in the Tavaszmező utca 6 building and demolish it. As a result of this, organizations operating in the house (Roma Parliament, Phralipe Foundation, Amaro Drom editorial office) and the adjacent Martsa Mőterem/Mővészkert, came together to fight for the protection of the building.

Although their efforts were temporarily able to postpone the eviction of the Roma Parlament from Tavaszmező utca 6, eventually all NGO tenants were removed by force from the building, all of the items inside the building placed in storage, and the building abandoned.

In March of 2021, the Roma Parlament revived, due to the dedication of its members and community, requested the return of items in government possession following the forced eviction of Tavaszmező utca 6, and now hosts a gallery space at Kőfaragó u. 5.

For more information, please visit the webpage of the the Roma Parlament at https://romaparlament.hu 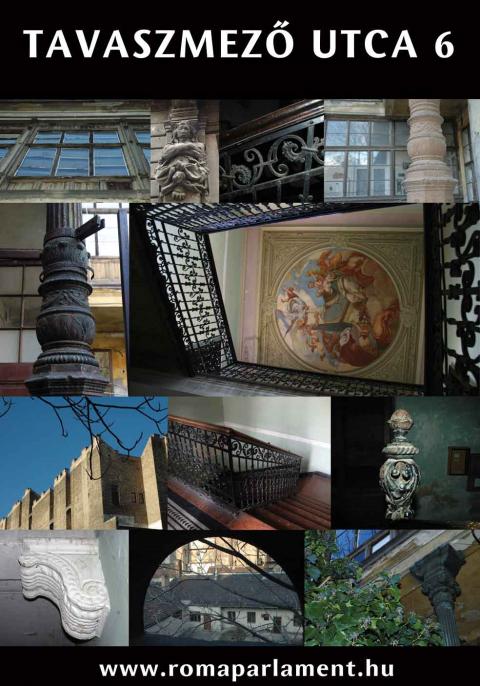 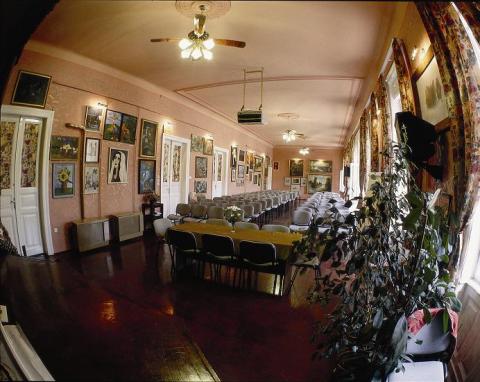 The Roma Parlament gallery and performance space at Tavaszmező utca 6 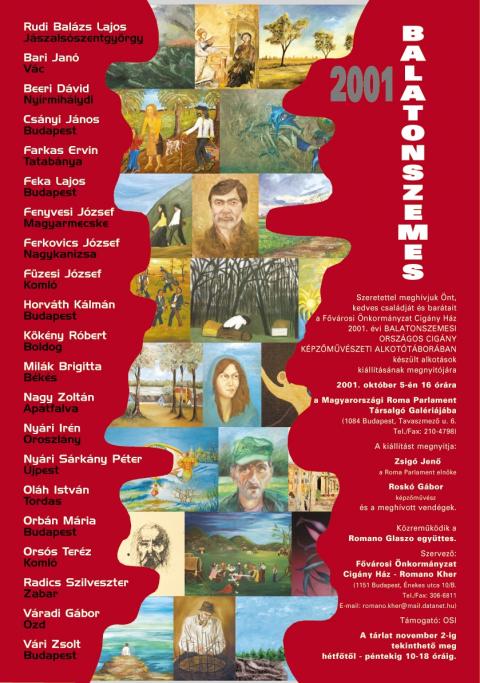 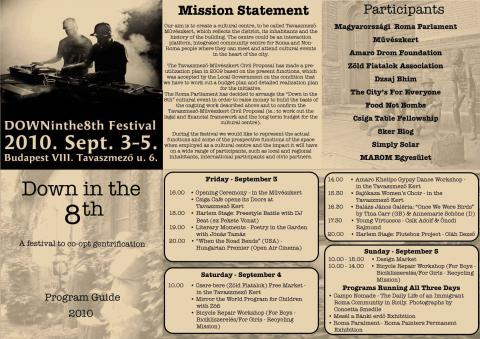 Down in the 8th District Festival program 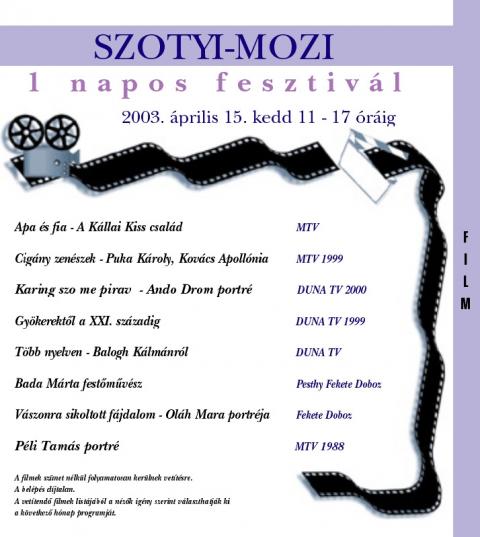 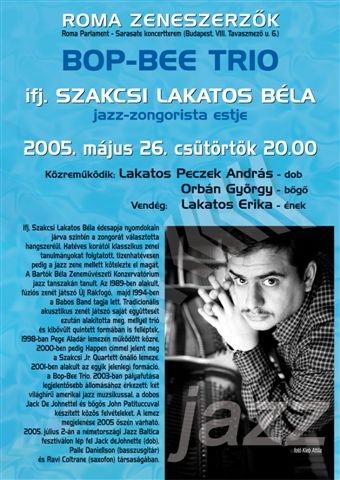 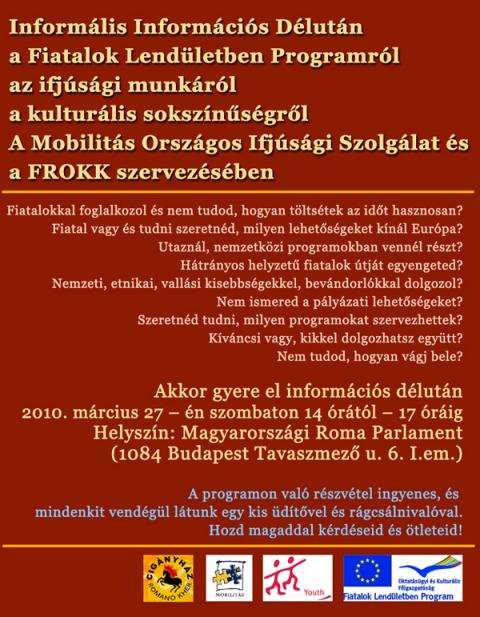 Information Session on Available Grants and Funding for Youth Projects 2010 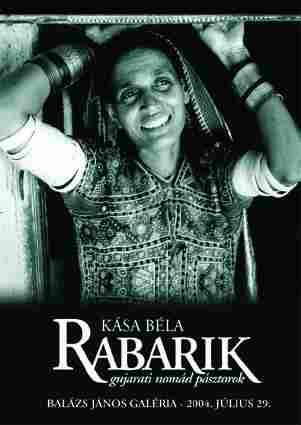 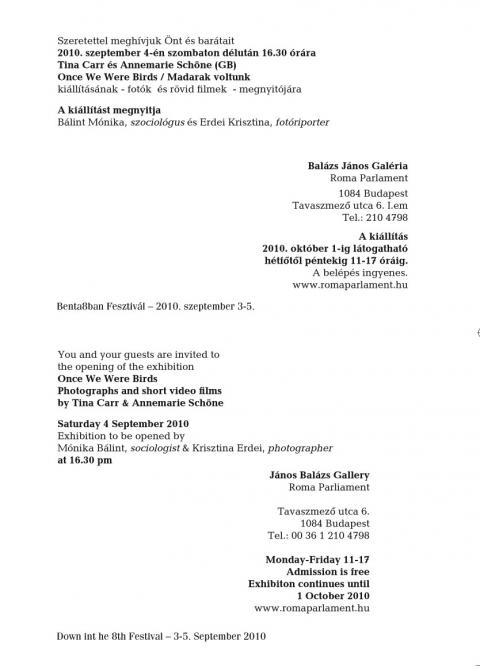 Once We Were Birds Photo and Video Installation 2010 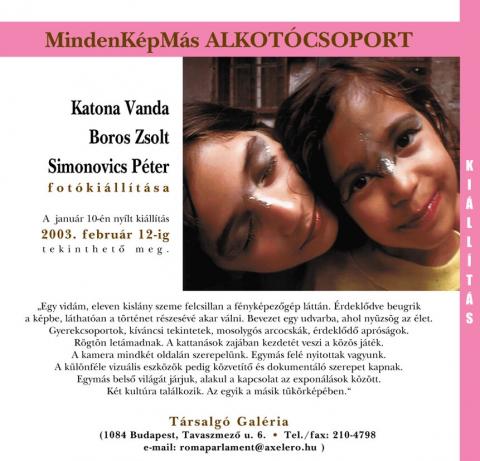 Every Picture is Different Photo Exhibition 2003 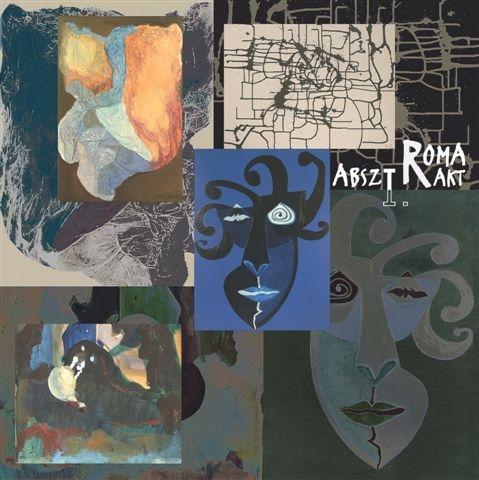 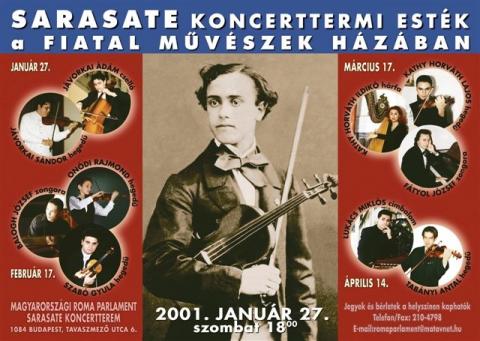 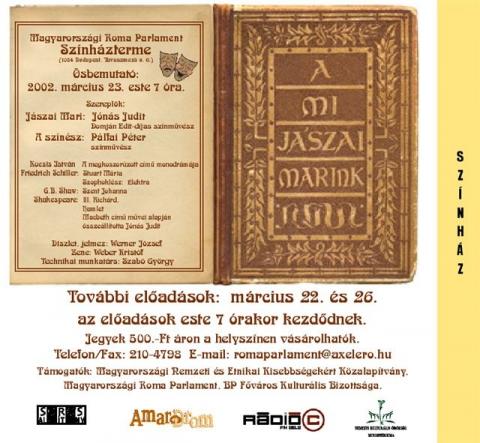 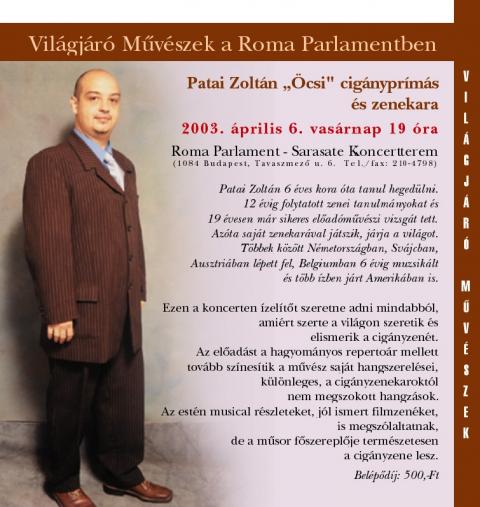 Please find below and attached, some additional text documents pertaining to the Roma Parlament's activities.

Community Forum for Residents of the Eighth District