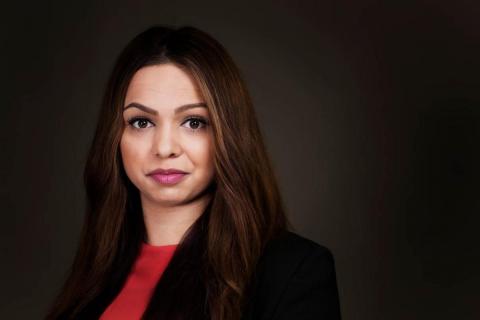 After finishing her Master of Laws (LL.M) in 2016 at Uppsala University, Sunita Memetovic became the first attorney of Roma descent in Sweden where she works in the field of Criminal, Asylum and Family Law. As a child, Sunita had the good fortune to receive a leading role in a TV series that allowed her to travel throughout Europe and witness first-hand the struggles that Roma face. Once she realized what an impact this opportunity had on her, she asked herself why her people do not have the same access to equal rights as other groups do.

Why are Roma issues not prioritised within the agenda of policy-makers at both the national and supranational level? During this same period in her development, Sunita became a two-time world-champion in karate, an experience that strengthened her both mentally and physically for the challenge of becoming a fighter for Roma rights.

In the past three years, she has helped many Roma clients with various legal matters in Sweden and played an important role in the case known in Sweden as Akilov-målet that involved a terror attack in Stockholm. At least five people died in this attack while ten victims were seriously injured, including Sunita’s client. Sunita’s future plan is to add an LL.M in Human Rights to her list of completed diplomas, followed by exploring Roma issues on international level and then working toward her long-term goal of expanding her legal career to international legal matters.