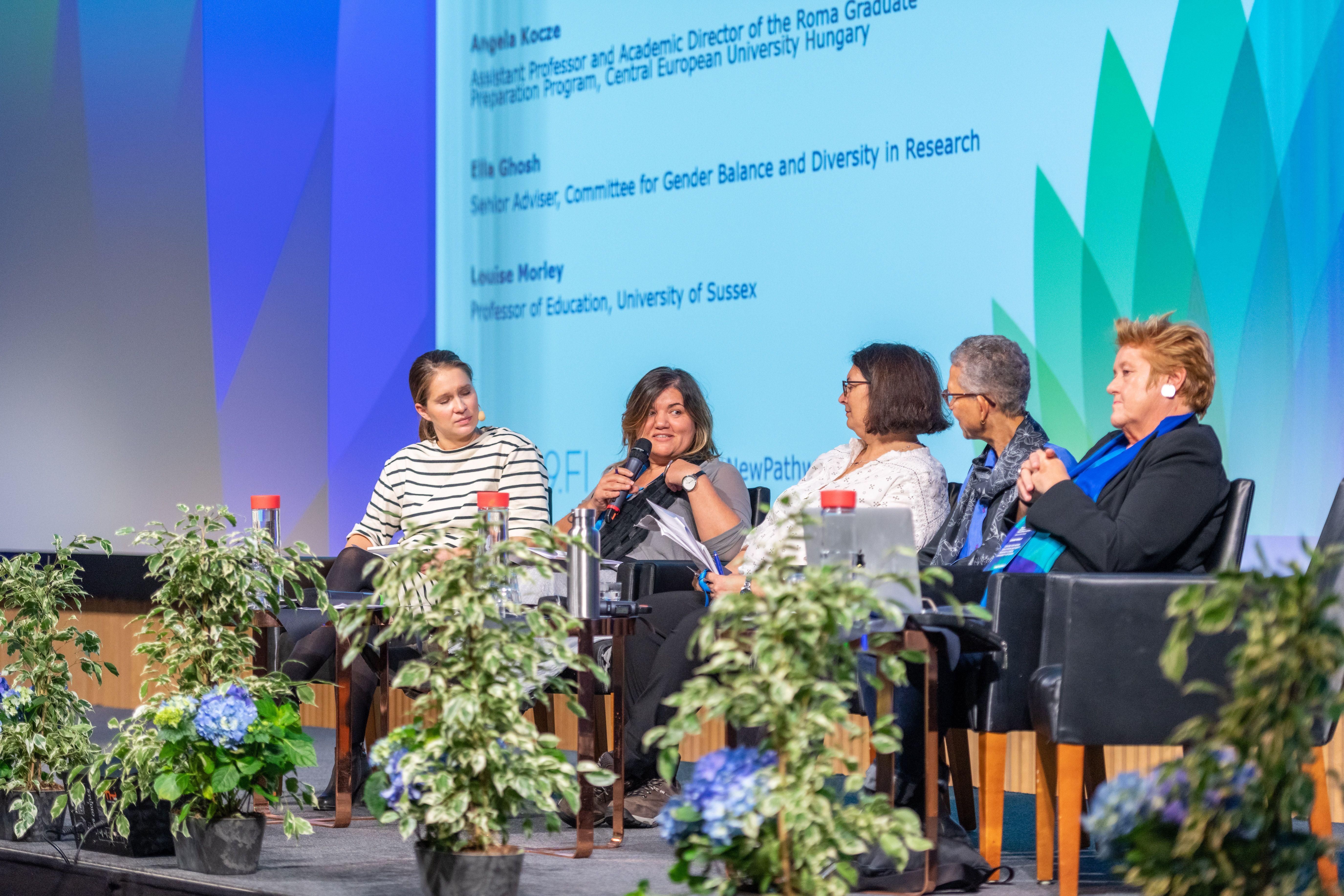 This fall, Angéla Kóczé, Assistant Professor at the Romani Studies Program was invited to various international conferences where she presented her research and engaged in scholarly debates on the topic of race and gender inequality regarding Roma in Europe.

Conference called Research and Innovation Excellence through gender equality: New pathways and challenges was organized in Helsinki by the Finnish Presidency on October 23-24. The conference was part of the European Union's Horizon 2020 Research and Innovation Program and addressed various aspects of gender equality in Research and Innovation. Kocze took part in a panel discussion with Emilia Roig, Founder and Executive Director, Center for Intersectional Justice, Philomena Essed, Professor, Antioch University, Miles Rutendo Tanhira, Founder and Editor, Queerstion Media and Media consultant, Transgender Europe. At the panel scholars critically reflected on the lack of intersectional perspective in gender equality policies. The participation in this conference was of great importance as it provided a platform to shape the research agenda and to influence EU policymaking during Finland’s presidency in the Council of EU.

In November Kocze attended three other conferences. From November 6-8 a conference on Racism and Religion was held at Uppsala University, The Center for Multidisciplinary Research on Racism (CEMFOR). At the conference, scholars discussed the way racism and religion are intertwined and the different forms in which racism, nationalism and the politics of exclusion intersect with religion and manifest itself at various sites. Using critical race theories, Kocze addressed the racialization of Roma in Europe.

Most recently, Kocze traveled to Lyon where she was invited as the keynote speaker of The scientific uses of the intersectional approach (Les usages scientifiques de l’approche intersectionnelle) conference held on November 28-29. In her speech, Kocze talked about the genealogy and importance of intersectionality in critical Romani Studies.

To find out more about Kocze’s research, please see her latest publications:

Kóczé, A. and Rövid, M. (2019) ‘The Europeanization of Racial Neoliberalism: The Case of “Roma” and “Refugees” in Dimensions of Antigypsyism in Europe Ismael Cortes Gomez and Markus End (Eds.) Brussels: the European Network Against Racism (ENAR) and the Central Council of German Sinti and Roma.