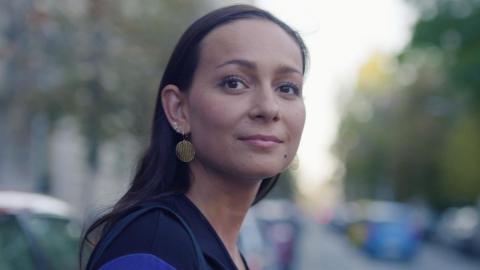 Central European University was recently featured in an episode of the documentary video series Aiming Higher developed by the International Association of Universities (IAU) and produced by BBC StoryWorks.

The documentary focused on the fact that CEU, one of the world’s most international universities, remains committed to its founding principles of ensuring world-class higher education for the betterment of society. And now for the very first time, it’s opening its doors to undergraduate.

In this episode, President Ignatieff highlights the lifelong impact of a CEU education: “It's not just two years at CEU. It stretches through the whole of your life…” while CEU graduate and director of Hungarian Roma youth organisation, Romaversitas Foundation Henriett Dinok speaks of the importance of becoming part of an academic community that works for social and political change.

Meanwhile, first-year MA in International Relations student, Kazhakastani Kamila Auyezova reveals that it was CEU’s academic excellence and reputation that first drew her to the institution.

The purpose of the IAU's Aiming Higher initiative is to "reaffirm the fundamental values of higher education and its role in transforming societies." BBC StoryWorks’ creative teams have  worked with some 30 institutions around the world, to produce mini documentary-style films and bring to screen these meaningful stories, demonstrating the important role of higher education in societal development.

Here you can watch the video