It is our great pleasure to announce that the introduction of our page is available in Romani language!

Romani is a worldwide used language which has logical grammar structures and more than 6000 vocabulary living for centuries in various dialects.

Thanks to our unit's Romani language instructor, Melinda Vajda, in the past five years students had the opportunity to learn the language throughout the academic year.

This is what Melinda Vajda thinks about the value of the Romani language course: 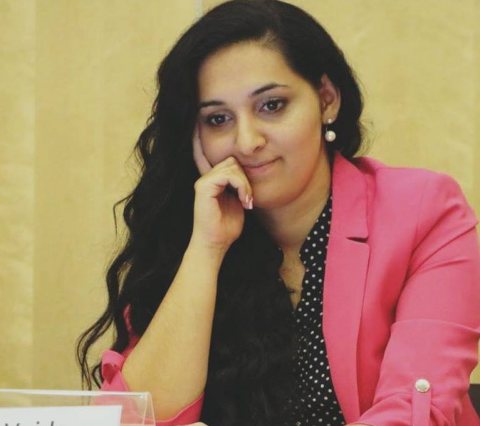 "As a teacher of the RSP's Romani Language course my goal is to help students develop a love and appreciation for the Romani language. Those students in my class who do speak Romani are benefiting from the various dialects within the classroom. Those students who do not speak the language are very enthusiastic about learning and practicing new words and expressions in Romani. It feels great when students proudly share that they spoke Romani at home with someone. My goal for both groups of students is to help them strengthen their Romani identity and highlight that their culture, tradition, and language are resources. "