We are pleased to shared that the 19th RGPP cohort have started their academic program!

This year we have 12 students from all over Europe. 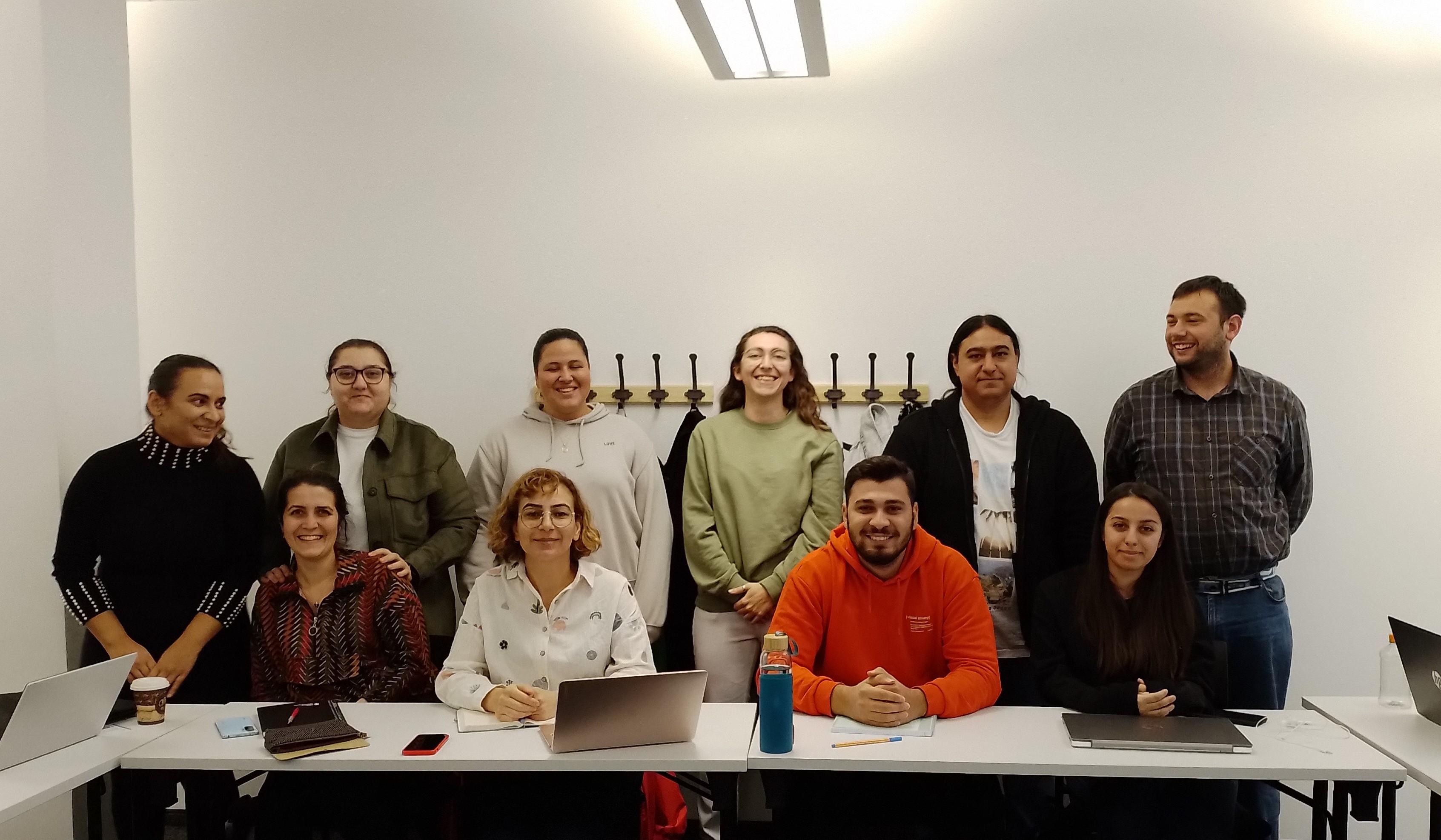 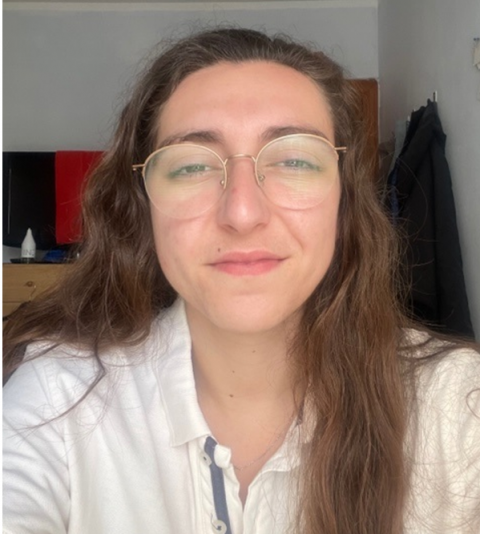 Maria Aguileria comes from Spain. Maria earned her BA degree in advertising and public relations in Universitat Pompeu Fabra, Barcelona. She is interested in advancing both Roma LGBTQ+ people's and women's rights. Maria's main interests are to help young Roma and improve the communication between organizations and society. As an RGPP student, she is currently taking tutorial classes in gender studies. Maria is interested in applying to the two-year MA programme in Critical Gender Studies at the Central European University. Before entering RGPP, Maria was working as a community manager in Federacio d’Associacions Gitanes de Catalunya (Federation of Roma Associations from Catalonia – FAGIC). 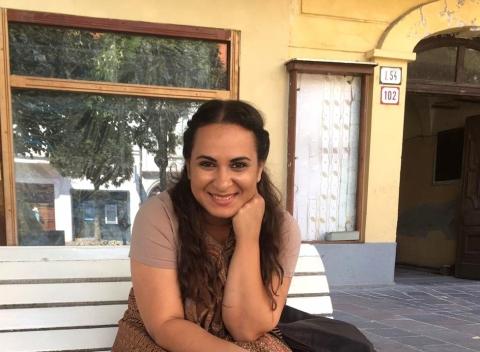 Dominika Badžová graduated at BA level from Theory and History of Art and Culture in the study programme of Theatre studies at the Academy of Music and Performing Arts in Bratislava, Slovakia last year. In 2021 together with her colleagues, she received a journalism award in the category of written journalism for a series of interviews with Roma and non-Roma men and women in the Roma newspaper Romano nevo ľil. Curently she is studying in RGPP at CEU because she hopes to improve her English. Dominika’s main ambition is to combine her experience of working on the radio and in theatre, writing dramas and representing Romaňi identity and helping children with research in the field. Therefore, her goal is to go study Cultural heritage at  MA level and to create a network of scholars who work in the field of Roma culture and history. Her hobbies are theatre, latin dance and cooking. 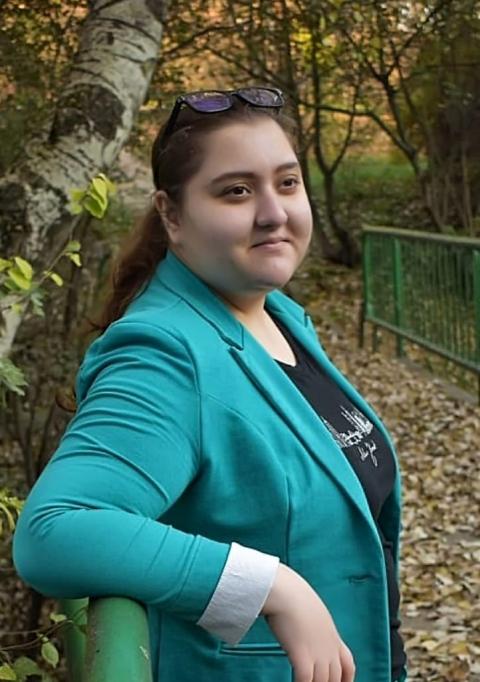 Born in Romania, Maria Duminica graduated from the Faculty of Economics and Business Administration in Galati, with a B.A. degree in Economics. Nobody else believed in her and in her goals because she is a ‘Roma woman’. After completing her studies in economics, she worked at an Italian bank. She has now taken up a new challenge in her life, applying to RGPP at CEU wanting to continue her studies in another country, in another language. She believes that CEU is the perfect opportunity that can help her achieve the goals she has set for the future. With her past voluntary experience, her ambition and knowledge of economics and business, she wants to have a strong impact on the situations of people who do not have the financial resources to continue their studies. In the future she wants to set up a company that will help those who do not have the financial opportunity to continue their studies by offering them a scholarship. Step by step, with a lot of devotion, a lot of patience and a lot of consistent work, her goal will be realized. 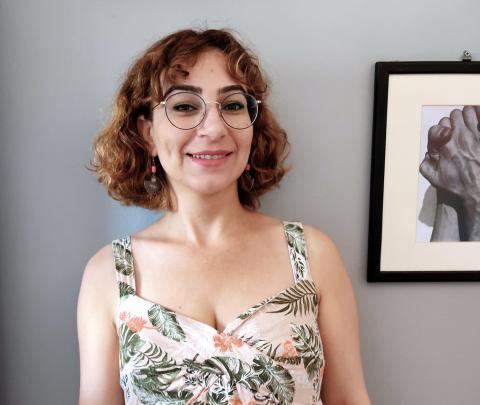 Zühal Gezicier completed her master's degree in Women's Studies. She did her master's thesis on the Dom people (a Roma community living in the Middle East), to whom she also belongs, on the "Transformation of Gender Perception in Dom Society", which examined how gender roles are transformed while changing livelihood patterns during the transition from nomadic life to settled life. Since 2016, she has worked for a rights-based organisation, an institution advocating Dom people. She focuses especially on feminist movements in the Middle East, Gender and Social Anthropology. She is taking tutorial classes Sociology and Social Anthropology in RGPP and her aim is to utilise what she learns in her research on Dom communities. 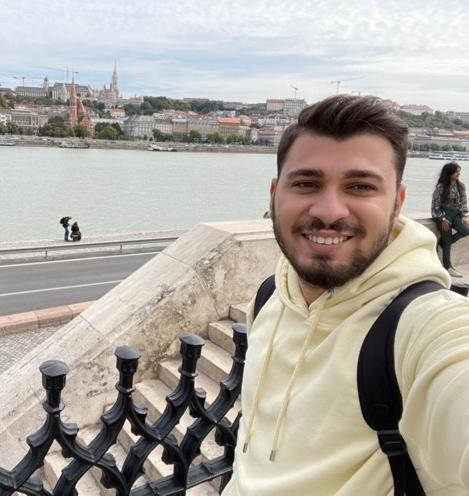 Donald Myrteli completed his BA degree in International Relations at the European University of Tirana, Albania. During his studies, Donald was actively involved with the works of different Roma and non-Roma NGOs. Voluntarism has helped him to be in touch with the community, develop his professional skills and extend his connections. Donald has also worked as a Peer Educator at Roma Active Albania organisation, where he was working on reporting online hate speech. Lately Donald has also interned at the National Democratic Institute in Tirana. He is now an RGPP student at Central European University with the aim of improving his academic English and hoping to join the M.A program in International Relations. In the future, he wants to work with an international organisation advocating for Roma Rights. 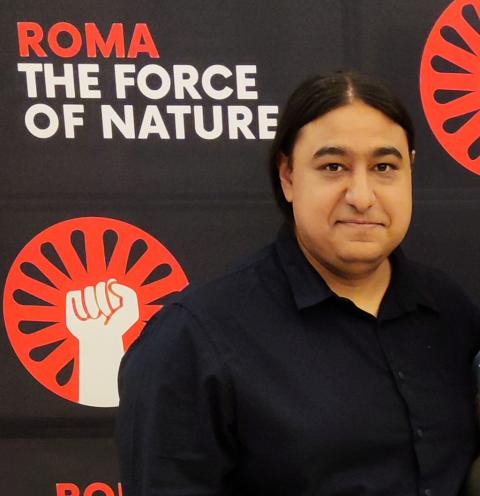 Slobodan Stankovic comes from Serbia. In the past Slobodan, he worked for various organizations such as Opre Roma Serbia, The League of Roma, GRUBB Foundation. His roles included advocating for the needs of his the local Roma community and providing support for Roma students.His background is in social work and he is interested in social anthropology. Slobodan's interest in anthropology was sparked by his engagement in an anthropological research project in Belgrade. Since then, Slobodan has fallen in love with field work and wants to include it in his future work. He plans on applying for CEU's antropology MA program and, eventually, earn a PhD in anthropology.  As an RGPP student, Slobodan is taking tutorial classes in sociology and social antropology. 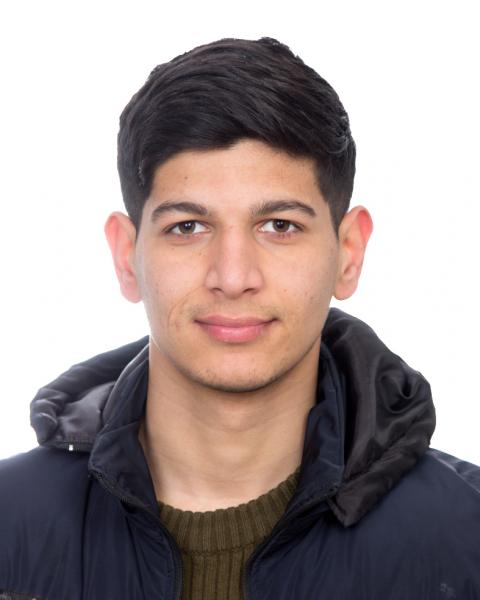 Klaudjo Veizi comes from Albania. He finished his Bachelor studies in Biology at The Faculty of natural sciences in Tirana, Albania. His love for the nature started at a young age and later translated into deciding to study a subject closely related to it. Klaudjo is taking tutorial classes in Environmental science. He is interested in topics like Environmental Justice, Climate change, green energy and would like to pursue a MA in Environmental Sciences and Policies. In the future, Klaudjo would like to advocate in behalf those whose voice is not heard and sees himself working for the better of the Roma Community. In his free time, he likes to play the guitar and enjoys quiet evenings with his friends. 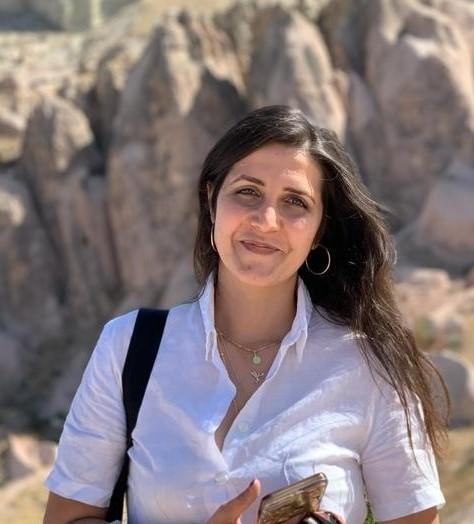 Fatos Kaytan comes from Turkey. She holds a bachelor's degree in psychology. After graduation, Fatos started to work with an NGO concerned with Roma Rights. She is interested in public policies, and she wants to receive training in this field and improve herself. She is interested in working on issues such as urban transformation, the right to education, and the right to health. Now, she is studying in the RGPP Program, and she is taking Public Policy tutorial classes.