What is next for Roma, Gypsies, and Travellers in post-Brexit Britain? 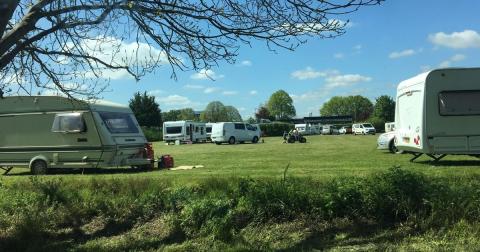 The Romani Studies Program and the Nationalism Studies Program cordially invites you to a public lecture on What is next for Roma, Gypsies, and Travellers in post-Brexit Britain?

The landslide election victory of the Conservative Party in December 2019, under the leadership of Prime Minister Johnson, marks a significant turn of illiberal events in UK politics. With a majority of 80 seats, their largest since the General Election of 1987, there is now room for manoeuvre for an emboldened right wing Government that has more than Brexit in its sights. For the Roma, Gypsy and Traveller communities of Britain it is a nervous time for many reasons, including a consultation on ‘unauthorised encampments’ launched by Home Secretary Priti Patel in November 2019. For Roma communities in Britain who have migrated from central and Eastern Europe, the immediate challenge is the forthcoming exit from the European Union (January 31st, 2020). Applying for ‘settled status’ has not been straight forward for many EU citizens and families are facing great uncertainty about what comes next. However, against this depressing backdrop there are some signs of renewed liberal hope since the general election result. Various charities working with Roma, Gypsy and Traveller communities in Britain, such as the Traveller Movement, Leeds Gypsy and Traveller Exchange and Friends, Families and Travellers, have all reported increased levels of support from activists and members of the public who recognise the racialized nature of Government actions against the communities. Will these public acts of solidarity translate into sustained campaigns of resistance?

Professor Colin Clark teaches applied social sciences at the University of the West of Scotland (UWS) where he is currently Professor of Sociology and Social Policy. Prof. Clark’s research is mainly located within the connected fields of Romani Studies and ethnic and racial studies, with an interest in issues of identity, migration and citizenship. Prof. Clark sits on the Board of Directors of the Glasgow anti-racist group Coalition for Racial Equality and Rights and is a Trustee of the Roma Rights group Romano Lav (Roma Voice). He also is a member of the Research Advisory Group for the Scottish Human Rights Commission, the Traveller Movement and the Advisory Council for the Education of Romany and other Travellers.