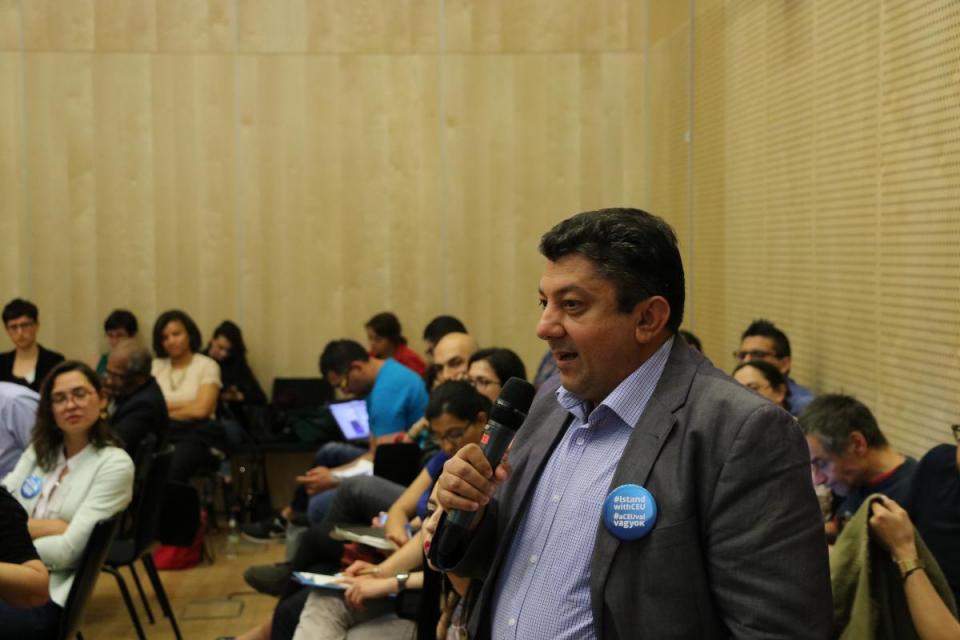 The timeline of CEU’s unit called Romani Studies Program reaches over a decade. In 2004, the university initiated its preparatory Roma Access Program (RAP) to facilitate Roma students transitioning from the undergraduate to English-language graduate studies. In 2011, RAP was expanded by RELP, the Roma English Language Program. In 2012, the RAP preparatory program changed its name to RGPP, Roma Graduate Preparation Program (RGPP). The unit, however, used the umbrella term of Roma Access Programs until July 2017.

Building on CEU's longstanding reputation in enhancing higher education, research, and professional opportunities for Roma, CEU’s Roma Access Programs (RAP) has been transformed into the Romani Studies Program (RSP) as of August 1, 2017. RSP is a new academic unit at CEU, encompassing the Roma Graduate Preparation Program (RGPP) and Roma in European Societies (RES) initiative. RSP is also involved in academic teaching and reasearch.

In its 12 years of existence, RGPP has enrolled 188 Roma individuals (including this year’s cohort), of whom 169 has successfully graduated.  More than 70 percent, a total of 108 of these graduates were accepted into prestigious MA and PhD programs with competitive scholarships, contributing to the increase of Roma with post-graduate degrees across Europe. These figures do not include those Roma (at least 10 of them) who were admitted directly into CEU. In addition, CEU has enrolled 7 Roma PhD students as well as awarded 3 PhD titles to Roma candidates. In addition, there is a body of knowledge produced by our faculty and students every year.

RELP was designed to help young Roma advance their English-language skills to further their professional careers. In its five years of existence between 2011-2016, RELP enrolled 85 students, of whom 83 have graduated. The majority of these students went on to enter RGPP. Starting with the 2016-2017 academic year, the aims of RELP began to be incorporated into the fabric of the RGPP.

In March 2016, CEU announced a new initiative focused on Roma, the Roma in European Societies (RES). The Velux Foundations, the Open Society Foundations’ Roma Initiatives Office (RIO) and the Roma Education Fund (REF) are the donors of the initiative for the six-year RES project. The first of its kind in higher education, this collaborative initiative will support efforts to improve the situation of Roma in all sectors on local, national and regional levels through graduate education, advanced research, leadership development, professional training and community outreach.