April 7: The Place of Roma in the Global Struggles for Liberation and Anti-Racism (Harvard University)

The Place of Roma in the Global Struggles for Liberation and Anti-Racism
April 7, 2021

The experiences, struggles, and literature for liberation and anti-racism find many parallels across the world. From historical state-sponsored injustices to a continuum of structural inequalities, racialized and colonized peoples have been victims of systems of unjust dogmas, policies, laws, and societies. Yet, social movements and scholarships continue to isolate their struggles, failing to experience the power of the global.

In the past few years, the Roma Program at Harvard University and the Romani Studies Program at CEU have organized solidarity events to harness reciprocal support, learning, and cooperation among scholars and activists, including intersectional feminists, from different geographies and social movements.

The Place of Roma in the Global Struggles for Liberations and Anti-Racism panel builds on that work, focusing on a connection of struggles, political tactics, and paths on how to build momentum for a joint global solidarity movement against oppression.

Jacqueline Bhabha, FXB Director of Research, Professor of the Practice of Health and Human Rights at the Harvard School of Public Health

Angéla Kóczé - Angéla Kóczé is an Assistant Professor, Acting Chair of Romani Studies, and Academic Director of the Roma Graduate Preparation Program at Central European University in Budapest,Hungary.
In 2013–2017, she was a Visiting Assistant Professor in the Department of Sociology and Women’s, Gender and Sexuality Studies Program at Wake Forest University in Winston Salem, NC, USA. She has published several peer-reviewed articles and book chapters with various international presses, including Palgrave Macmillan, Ashgate, Routledge and CEU Press, as well as several thematic policy papers related to social inclusion, gender equality, social justice and civil society.
In 2013, the Woodrow Wilson International Center for Scholars in Washington, DC, honoured Kóczé with the Ion Ratiu Democracy Award for her interdisciplinary research approach, which combines community engagement and policymaking with in-depth participatory research on the situation of the Roma. She is a co-editor of The Romani Women’s Movement: Struggles and Debates in Central and Eastern Europe (Routledge, 2019, with Violetta Zentai, Jelena Jovanović and Enikő Vincze) and The Roma and their Struggle for Identity in Contemporary Europe (Oxford: Berghahn, 2020, with Huub van Baar). 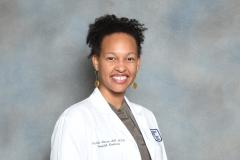 Michelle Morse, MD, MPH - Dr. Michelle Morse serves as the Deputy Commissioner for the Center for Health Equity and Community Wellness (CHECW) and inaugural Chief Medical Officer at the NYC Department of Health and Mental Hygiene (NYCDOHMH).
Dr. Morse is responsible for leading the agency's work in bridging public health and health care to reduce health inequities, guiding CHECW's place-based and cross-cutting health equity programs, and serving as a key liaison to clinicians and clinical leaders across New York City.
Dr. Morse is an internal medicine and public health doctor who works to achieve health equity through global solidarity, social medicine and anti-racism education, and activism. She is a general internal medicine physician, part-time hospitalist at Kings County Hospital, Co-Founder of EqualHealth, and Assistant Professor at Harvard Medical School. EqualHealth builds critical consciousness and collective action globally, in the pursuit of health equity for all. In 2015 Dr. Morse worked with several EqualHealth partners to found the Social Medicine Consortium (SMC), a global coalition which uses activism and disruptive pedagogy rooted in social medicine to advance health justice. She served as Deputy Chief Medical Officer of Partners In Health (PIH) from 2013 to 2016 and now serves on the Board of Directors of PIH. In 2018, Dr. Morse was awarded a Soros Equality Fellowship to launch EqualHealth and the SMC's global Campaign Against Racism. From September 2019 to January 2021, she served as a Robert Wood Johnson Health Policy fellow in Washington, DC and worked with the Ways and Means Committee, Majority Staff, in the U.S. House of Representatives.

Liepollo Lebohang Pheko - Ms. Liepollo Lebohang Phekois an activist scholar, academic, public intellectual, senior strategist & development practitioner. Her research Interests are in Afrikan political economy, Coloniality, States & nationhood, international trade & global financial governance, feminisation of poverty, regional integration and impacts of globalisation on labour migration.
Pheko is the Senior Research Fellow at research and policy advocacy think tank - Trade Collective and has taught International Trade and developed a course on Afrikan Feminism. She has also taught at universities in Mexico, Sweden, Kenya and the US and is a Lancet Commisioner on Land and Reparation.Her work is grounded in a race, class and feminist analysis and Pheko is committed to grounding academic research in community struggles& contexts. Board member of several academic and development organisations including International Network on Migration and Development and Well Being Economy Research Network, African Trade Practitioners, Network of Women Economists, South African Women in Dialogue, Gender and Trade Coalition. She has contributed to several books on international trade, international development, politics and feminists studies.
Over the past year has been part of framing African feminist approaches to Covid-19 recovery with formations like Association for Women In Development, Gender &Trade Coalition, South African Women in Dialogue, Women in Migration Network, Institute for Economic Justice, South Feminist Futures. 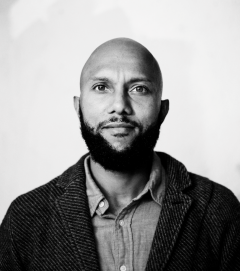 Eddie Bruce-Jones - Dr Eddie Bruce-Jones is Deputy Dean of the School of Law and Head of the Department of Law at Birkbeck College, University of London.
During his time at Birkbeck, he has served as the school’s Acting Dean (Autumn 2018), Assistant Dean for Recruitment and Internationalisation (2015–2018), Programme Director for the LLM Qualifying Law Degree (2013–2018) and as a member of the college Board of Governors (2015–2018).  Prior to joining Birkbeck, Dr Bruce-Jones was Visiting Lecturer in Public International Law at King’s College London School of Law and an associate at the city law firm Cleary Gottlieb Steen & Hamilton, LLP in London, where in addition to corporate practice, he handled several asylum and public international law pro bono matters.
In 2020, Dr Bruce-Jones was the William and Patricia Kleh Visiting Professor at Boston University School of Law.  He is the recipient of a 2018 Wellcome Trust ISSF grant to support a symposium in the area of the medical humanities, on race, mental health and state violence.  In 2017 and 2018, he was a short-stay visiting fellow at the Max Planck Institute for European Legal History in Frankfurt, Germany.  He is a member of the editorial board of the Journal of Immigration, Asylum and Nationality Law and an advisory board member of the Centre for Intersectional Justice in Berlin.
Dr Bruce-Jones serves on the Boards of Directors of the Institute for Race Relations and the UK Lesbian and Gay Immigration Group, and the Advisory Board of the Centre for Intersectional Justice (Berlin). He is a comparative law specialist for the Independent Commission on the Death of Oury Jalloh (on police brutality and due process) in Germany. He has taught general education and writing courses in prisons in Boston and New York and has worked on prison reform issues in various capacities.
Dr Bruce-Jones is Associate Academic Fellow of the Honourable Society of the Inner Temple and Member of the New York State Bar. 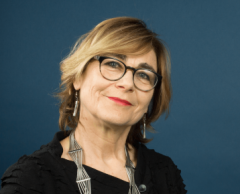 Jacqueline Bhabha, JD, MsC, - Jacqueline Bhabha, JD, MsC, is Professor of the Practice of Health and Human Rights at the Harvard T.H. Chan School of Public Health. She is director of research at the Harvard FXB Center for Health and Human Rights, the Jeremiah Smith Jr. Lecturer in Law at Harvard Law School, and an adjunct lecturer in public policy at the Harvard Kennedy School.
She received a first class honors degree and an MSc from Oxford University, and a JD from the College of Law in London. From 1997 to 2001 Bhabha directed the Human Rights Program at the University of Chicago. Prior to 1997 she was a practicing human rights lawyer in London and at the European Court of Human Rights in Strasbourg. She has published extensively on issues of transnational child migration, refugee protection, children’s rights, and citizenship. She is the author of Child Migration and Human Rights in a Global Age (Princeton University Press, 2014), editor of Children Without A State (MIT Press, 2011), author of Moving Children: Young Migrants and the Challenge of Rights (forthcoming, Princeton University Press, 2014), and editor of Coming of Age: Reframing the Approach to Adolescent Rights (forthcoming, UPenn Press, 2014). She serves on the board of the Scholars at Risk Network, the World Peace Foundation and the Journal of Refugee Studies. 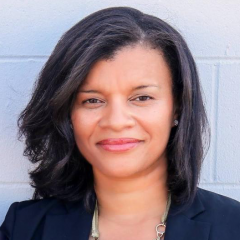 Sunnie Rucker-Chang - Sunnie Rucker-Chang is Assistant Professor of Slavic and East European Studies and Director of European Studies at University of Cincinnati.
In her work, she examines how literary and filmic works contribute to cultural landscapes and offer insight into the formation of race, nations, and nationalities in Southeast Europe, particularly as they relate to the construction of minority-majority and minority-minority relations and formations of difference. She is the co-author of Roma Rights and Civil Rights:A Transatlantic Comparison (Cambridge, 2020) and co-editor of Chinese Migrants in Eastern Europe and Central Asia (Routledge, 2013). Other publications include articles in Critical Romani Studies, Interventions: Journal of Post-Colonial Studies, Journal of Muslim Minority Affairs, Journal of Transatlantic Studies, Liceum: Journal for Literary and Cultural Studies, and Slavic and East European Journal.

The full webinar is avaialable on the RSP's Youtube Channel: