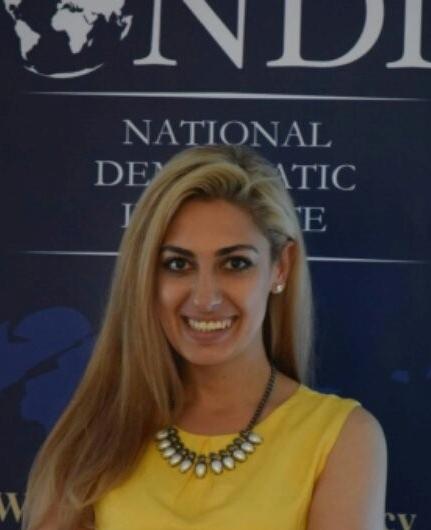 Mimoza Gavrani- from Prishtina Kosovo holds a BA in Psychology. Since September 2017 she is receiving personal tutoring in several academic courses such as: International Relations, Public Policy, as well auditing courses in Gender Policy Department, as a part of Romani Studies Program-RGPP in the Central European University.
Ms. Gavrani has a 10-years working experience in civil society activism developments from 2006, actively involved in processes of Governmental initiated policies towards integration of Roma, Ashkali and Egyptian communities in Kosovo. She applied in RGPP to follow her professional path, learn different academic approaches of her interest and combine her experiences from different levels and bridge them with back to her country, especially supporting female in raising their voice for present decision making processes in shaking political agendas. She is a Director of Kosovo Advocacy Group-KAG, think tank group that aims to advocate through research, comparative analysis, public policy, and media outreach, in changing social status and integration of ‘Roma, Ashkali and Egyptian communities’ in local and central level.
Ms. Gavrani believes in diversity as a concept of value, so she created and launched in 2017 her own TV program format named “Mimoza” which is weekly broadcasted on national television of Kosovo-RTK, and it presents the idea of applying  media as a tool for raising awareness on social impacted topics in Kosovo. This is a unique program initiated, launched and managed from a minority female in Balkan region. With all the above mentioned profile elements Ms. Gavrani aims to peruse her academic studies after RGPP in Central European University. This will play an essential role in framing her further development as unique figure and upgrade her potential in specialized area.